Where can I even begin? Carnival de Cadiz was one of those things that you really do have to see to believe. It is the second largest party in the world after the carnival in Rio de Janeiro.  I went with some of my best friends here in Granada. We dressed up and took off from Granada at 11am on Saturday and didn’t get home til 1pm on Sunday, without sleeping! The spaniards sure do know how to throw one crazy carnival. I am proud to cross this off my bucket list, and also proud to say that I will never go again! It was a sea of people dressed in all sorts of crazy wild things. Here are a few pictures from a very long night..

This weekend was a sad one. I got some super crazy spanish flu and got stuck in bed all weekend. I was supposed to visit Ronda & Malaga with my program and all my friends, but que será será (what will be, will be) so I stayed in bed. I hopefully rested up enough to stay well for a long time since I have many trips planned for the next few weekends! My house mother has been so helpful and cute, she brings me tea and soup to my bed on a tray.

In the meantime, here are some pictures I have taken around town with my iphone!

(To make the pictures larger, click on them and then use the arrows to scroll through them) 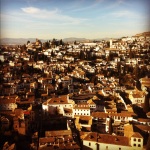 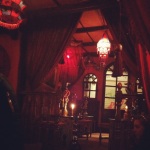 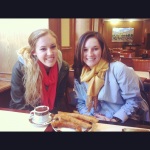 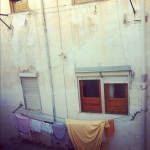 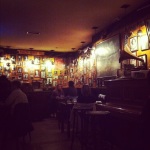 The Land, The People

Today in my spanish history class we read an excerpt from a book all about Spain. Here is a part from it:

“Andalusia is southern Spain. That is where Moorish tradition is strongest. Granada, Cordoba and Seville are its most famous cities and its most famous providences. The Moors called it Al-Andalus, land of the vandals, hence the name Andalusia. This is the African part of Spain; its tall mountains, just behind the costal plain, its rolling lower hills and olive groves, its fertile irrigated valleys, its Mediterannean climate-all these suggest northern Africa. The highways are rimmed by strange ancient hills and often on reaching a town the ruins of an old castle stand as mute testimony to the medieval or Moorish past. The fertile vega of Granada lies within the sight of mountain peaks capped with eternal snow. There are fields of sugarcane and tobacco. There are palm trees, oleanders, myrtles, poplars, carnations, plumbago, and bougainvilaeas. It is a land of warm winds and singing birds. African heritage is indisputable. Often, at night, the strange notes of a quavering guitar, and the eerie notes of some cante jondo song of southern Spain”

I have fallen in love with this city. It’s simply magical.

Here are pictures from the famous Alhambra of Granada, a Moorish Fortress from the 14th century. It was the most detailed and beautiful place I have ever seen. There are also pictures from the Albacin, the oldest neighborhood of Granada. It is a neighborhood on a hill overlooking the Alhambra that is filled with white houses on windy coblestone roads that eventually lead you back down to Moroccan street markets.

I have been exploring, getting lost and trying all sorts of new food. All in spanish! This week has been filled with so many new adventures. I went to my first Moroccan tea house, which had the most beautiful atmosphere. I also went to my first Discoteca! It was an old theatre converted into a dance club. And today I went to the Arab Baths. It was amazing! It was a dimly lit spa that was filled with different temperature baths where you relaxed and drank mint tea before a massage. I’ve been living in a dream.